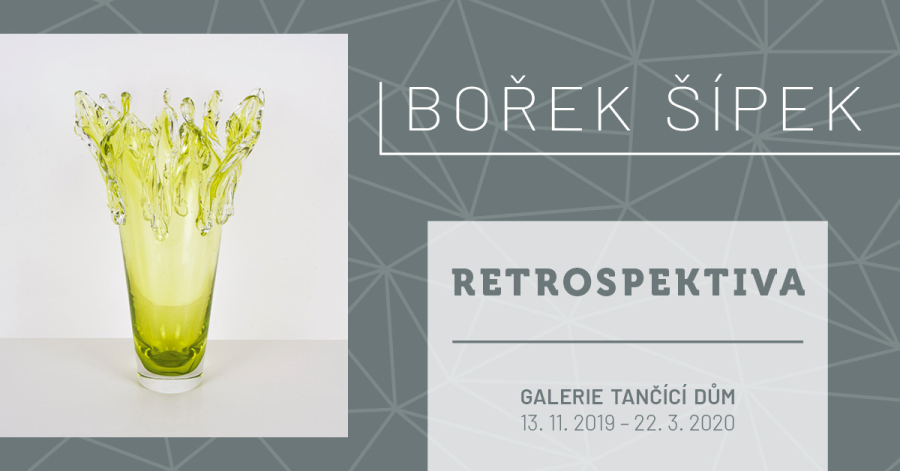 The largest selling exhibition of prototypes of glass vases by the world famous glassmaker, designer and architect Bořek Šípek will present almost 300 various objects created by the artist's own hand, ranging from vases and carafes over chandeliers and lamps to armchairs and bookcases.

The exhibition is divided into three parts, where the first part is untraditionally set in a colorful background so that a new perspective of the unique pieces could be showed.
In the second part a wide variety of typical glass objects will be displayed. The third part is devoted to showing the prototypes of vases and unexhibited glass objects.

This exhibition will also be the last complete selling exhibition of Czech glass originals from the depository of Mr. Šípek and other private collectors.


Bořek Šípek
A world class architect, designer, visual artist and a university teacher Bořek Šípek (*1949 - † 2016) dedicated his whole career to working with glass. He got his first experience from his guardian, a glassmaker René Roubíček. As soon as he finished his art school in year 1968, Šípek was 19 years old and moved to Germany, where he stayed until 1982. That was where he studied architecture and philosophy. After his final moving to the Netherlands in 1983 Šípek established his first studio - Studio Šípek.

First notable success Bořek Šípek registered was as far back as the beginning of the 80s when a very prestigious Italian designer company named Driade took interest in his work. The company chose Šípek as one of their lead designers and he worked with them until his demise. Interest in his work grew quickly, orders and partnership offers with reputable museums and companies piled on. Flatware for Sèrves, Museum of Modern Art in Den Bosch in Netherlands and the opera in Kyoto were designed. In Tokyo he projected the Ginza Shopping Mall or the interior of the Dutch Institute of Architecture. His name is associated with the looks of the renowned Lagerfeld boutique in Paris for which he created the so called "Boutique Bible". Globally famous companies such as Leitner Interior Designer, Vitra, Steltman Gallery or Franz Wittmann Möbelwerkstätten gave him free rein in designing. He is the owner of several prestigious awards. In 1983 he was awarded with the German Prize for Architecture for his first construction ever - the Glass House, in 1991 it was the title "Knight of Art and Literature" in France and in 1993 it was the Dutch Prince Bernhard's Prize for Applied Arts and Architecture.
After returning to his homeland he took on the position of main architect of Prague Castle and became one of the visual artists, who after Josip Plečnik could meddle in the architectural and visual looks of the Castle's interior. That was when the unique chandeliers and other light fittings, vases, sets of drinking glasses, glass furniture accessories and various other interior fittings were created for the representative space of the Castle. Last but not least he also created a few official glass gifts which Václav Havel made use of on his trips abroad. In a lot of statesman and monarchal families Bořek Šípek's glass art makes up a part of the interior.

Amongst other interesting contracts there are undoubtedly the completely designed project of the exhibition pavilion of Škoda Auto in Wolfsborg, Germany for the World EXPO 2000 exhibition and the VIP space of the Ruzyně airport, called Crystal Lounge. Then in years 2000-2001 almost 200 glass objects were designed and created by Šípek that were meant for the exclusive social premises of the two most modern transoceanic cruise ships Carnival Pride and Carnival Spirit. In 2004 Šípek was approached by the famous German porcelain brand Rosenthal and was offered cooperation. Subsequently there were created thematically comprehensive and very successful collections Rosengarden 2004, which were followed by several other. He also cooperated with Czech Television for many years for whom he designed the prizes for their TV contest in history knowledge "O korunu krále Karla" and "Cena Thálie".

Šípek's pedagogical work was also very significant - in the 90s he was employed at the Academy of Arts, Architecture and Design in Prague and later at the University of Applied Arts in Vienna. In his last few years he was the dean of the Faculty of Architecture at the Technical University in Liberec, where he established a new field of study called "Environmental Design" and also worked as a head of its department.

In 2012 Bořek Šípek fulfilled one of his long-time dreams. With his team of glassmakers, who he had worked with since 1982, the famous designer opened his own glass factory in Nový Bor - Studio Anežka.

One of his last significant projects was undoubtedly the commemorative place devoted to Václav Havel, also called Havel's Place or Václav Havel's Bench. A worldwide network of public spaces designated for a democratic dialogue lead in the spirit of Václav Havel's ideals and life attitude.

Šípek's work, admired for the extravagant shapes and playful colourfulness has its place not only in many private collections but also in world-famous galleries and museums all over the world e.g. in Düsseldorf, London, Paris, Amsterdam, New York, Tokyo, Shanghai and naturally in Prague. 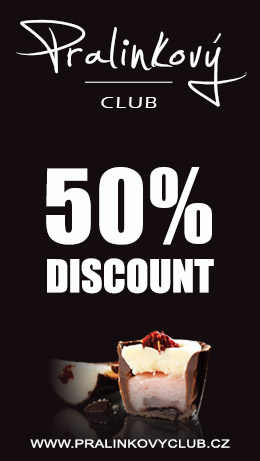 What's on in Prague: what is happening in Prague? Discover what´s on and things to do in Prague! Praguest is an informative online city guide to cultural, sporting, recreational activities and events in Prague. Find event listings and entertainment calendar with information on festivals, concerts, shows, games and nightlife in Prague. Events covered also include art exhibitions, theatre shows, musicals, films, outdoor performances, fairs, markets, family activities and arts, sports and culinary events. Find out more about Prague´s kid-friendly events, attractions and activities! Kid and family events feature family brunches, theatre performances, workshops, competitions, creative and educational activities, outdoor events, including many free events. See family days out ideas and best things to do for children. Our comprehensive listings cover seasonal events such as Easter, Christmas, Halloween and carnival activities. Praguest is your definite city guide to to Arts & Culture & Entertainment & Sports.