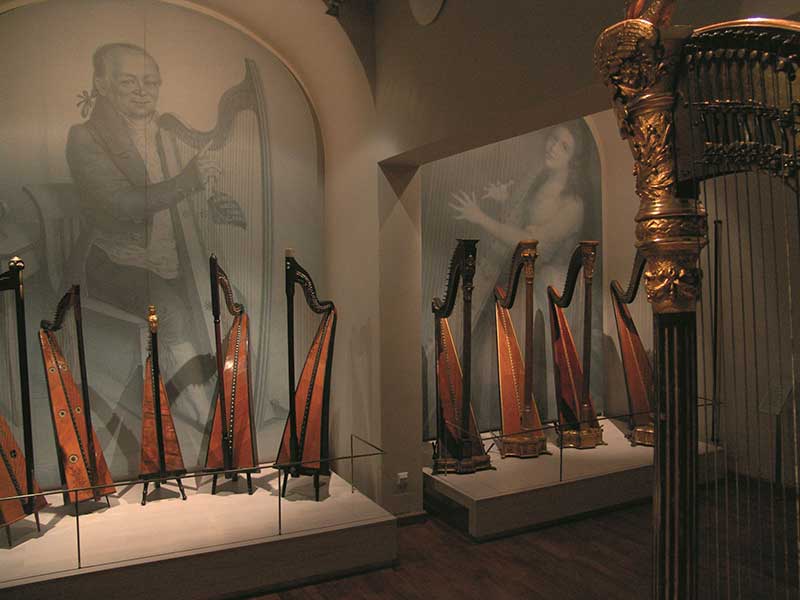 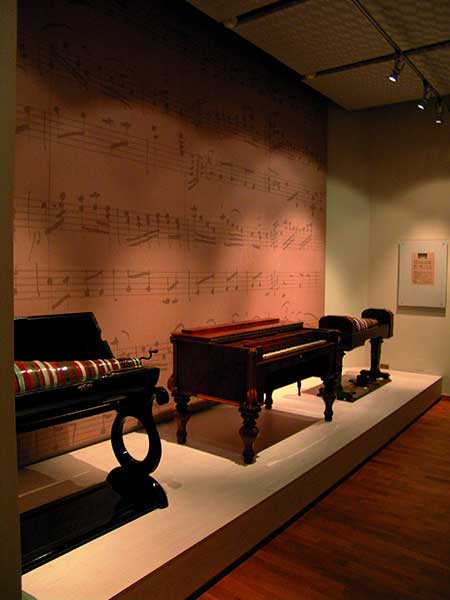 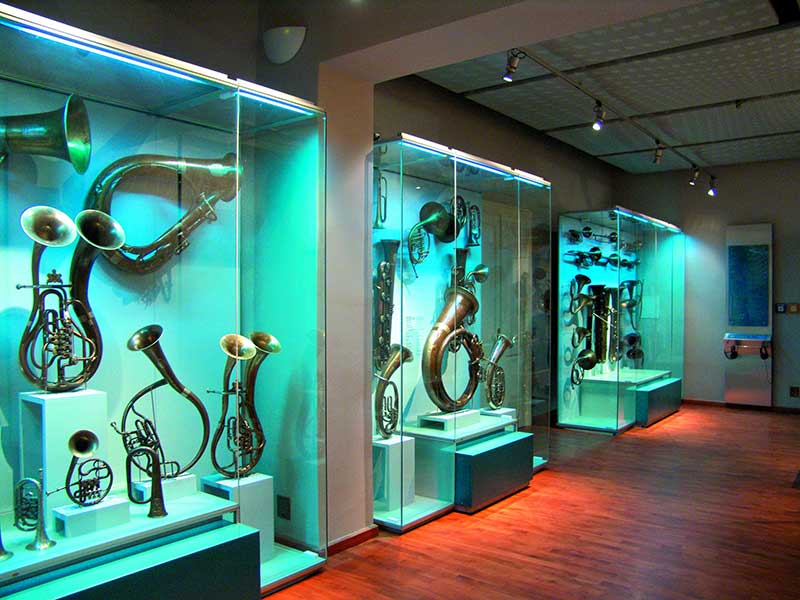 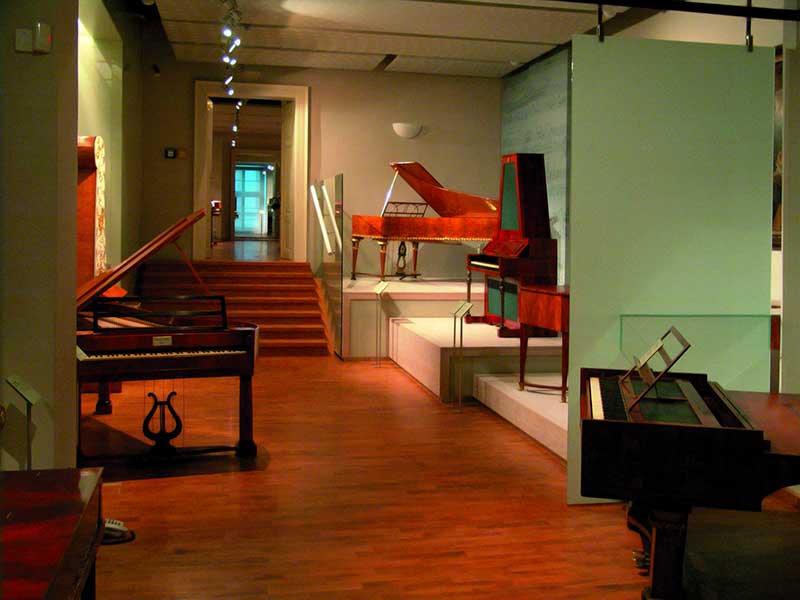 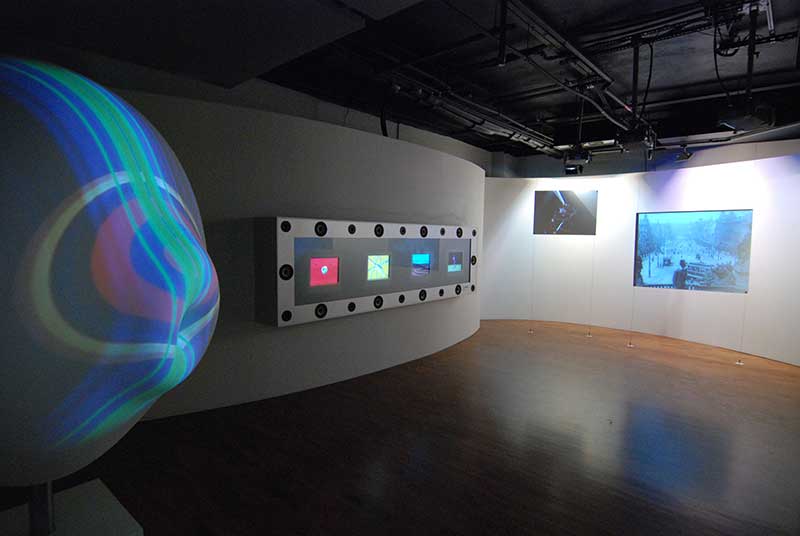 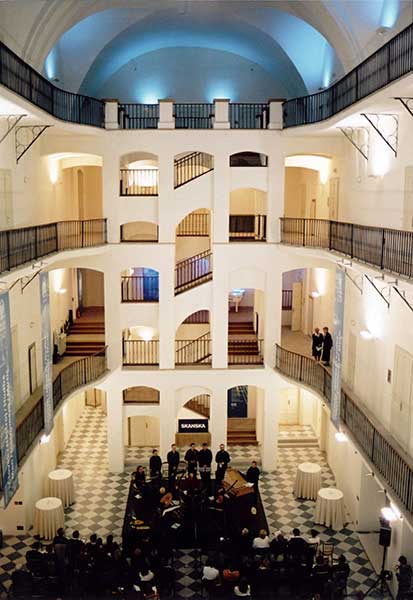 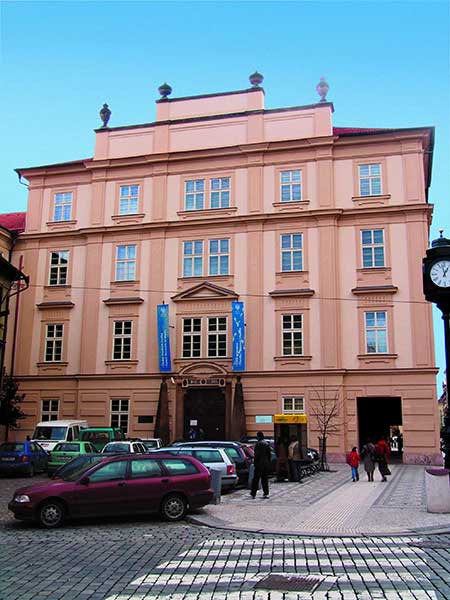 The new seat of the Czech Museum of Music is located in the former Baroque church of St. Mary Magdalene at Lesser Side, built in the 17th Century according to the proposal of Francesco Caratti. The church was gradually rebuilt after the dissolution of the Dominican Monastery in 1783. Among other things, it served as a Police barracks and archive. The unusual symbiosis of the early Baroque church architecture with the classicist adjustment of usage and newly finished reconstruction of the Museum offers visitors a detail of an impressive combination of monumentality.

Anyone who enters the building is struck by the grandiose assembly hall and the special magic left behind by changing eras. The National Museum has taken the unique opportunity to revitalise this space – once decorated with Baroque masterpieces and resounding with purportedly one of the biggest organs of 17th-century Prague – with music once again.

Long-term Exhibition Man – Instrument – Music
The building’s permanent exposition, titled Man – Instrument – Music, presents musical instruments not only as remarkable evidence of skill in craft and art, but as a fundamental mediator between human beings and music. The first room of the tour conveys the diversity of popular music in the 20th century, to the aural accompaniment of an original composition by Milan Cais, The Four Elements. From here the visitor enters the world of experimental microtonal music, with instruments created expressly for this style that constitute a unique part of the museum’s collection of musical instruments. Then a historical continuum from the 17th century through the 19th leads the visitor through the world of keyboard instruments, where the fundamental trends of their development are represented by several superb specimens. Rooms with preserved Neo-Classical wall paintings are devoted primarily to bowed and plucked stringed instruments. The valuable collection of instruments from the ‘Rožmberk Court Ensemble’ (Cappella Dominorum de Rosis) offers a window into the world of the Renaissance and the early Baroque.

Stringed instruments bearing names of masters from the celebrated Italian and French schools are an ornament to the museum’s collection, making it comparable with collections of other leading museums in the world. The glory of the Prague violin-making school is documented by a selection of instruments in the last of the rooms having wall paintings. Also significant is the collection of guitars and lutes, as well as harps–which attract attention with their charming shapes and decorations. The next two rooms show the diversity of woodwind and brass instruments, from small flutes to basset horns and serpents, and from signal trumpets to unusual ‘Šediphones’. The rich sound of the winds is often combined in practice with percussion instruments, to which the next room is devoted. This space is complemented by, among other items, beautiful and unique glass harmonicas. A small selection also acquaints the visitor with folk instruments, and at the end of the tour one can admire the charming appearance and sound of mechanical instruments of various types.

The visitor’s excursion into the world of musical instruments is accompanied by music that sounds from speakers in the various parts of the exposition. And via headphones one can also listen to high-quality recordings made on individual instruments.